Chad Christensen was born in Idaho Falls. He grew up being taught the importance of hard work, playing baseball, learning to appreciate the outdoors, and learning to love his Creator. He is a graduate of Skyline High School. Chad served an LDS mission in San Diego, CA. However, both summers he served in Yuma, AZ and Needles, CA. He once asked his mission president why he kept sending him to purgatory. His president laughed and said, “Because, I know you can handle it. I know you don’t whine and complain. You just do the work.” Chad has two sons that he adores. His 14-year-old son is on the honor roll and his 22-year-old son bought a home at 21-years-old. He is proud of his sons’ accomplishments and is extremely pleased they are hard workers.

Christensen served in the U.S. Army for 12 years. He cares about veterans. “Struggling veterans do not receive enough support. Idaho can become the leader, in that regard.”

Christensen often found himself in dangerous situations, as he oversaw serving fugitive felony warrants, while a state felony parole officer. Therefore, Chad knows how to maintain a level head during high-stress situations.

Christensen graduated from Idaho State University with a Bachelors of Science in Political Science. Chad fully admits that he bumped heads with liberal-minded professors because he speaks his mind. He stated he even clashed with his liberal-minded Constitutional Law professor. Then he clashed with this same professor, yet again in 2012 when he ran for sheriff. He ran in the 2012 Bonneville County Primary. He received the 2nd most votes behind the incumbent, out of 4 candidates. His ex-professor was a “Constitutional commentator” for the Post Register and tried to pick apart Chad’s conservative understanding of the Constitution. However, Chad fired back and stood his ground. Chad has no problem standing up to anyone, and that is why you can be confident he will stand up for you. As a legislator of two terms, Chad strongly believes he has proven that he stands for the people of his district and for what is right. “It is in my blood to stand up for what is right, to make wrongs into rights, to protect the God-given rights and freedom of people. It doesn’t matter who the foe might be, foreign enemies, groups against liberty, or our very own government.”

Chad loves the Idaho mountains, streams, rivers, and forests. “I feel a great solace being in the mountains. I am closest to God when I am amongst his creations.” Chad loves to hunt, fish, snowmobile, dirt bike, camp, ride his horse, and be with his family in the outdoors. He is truly an Idaho boy at heart. “It is important for me to pass on my outdoor knowledge and skills to my kids. They must value what God has given them and appreciate the great beauty he has given us. They must know how to effectively benefit from our land while being respectful of it.” 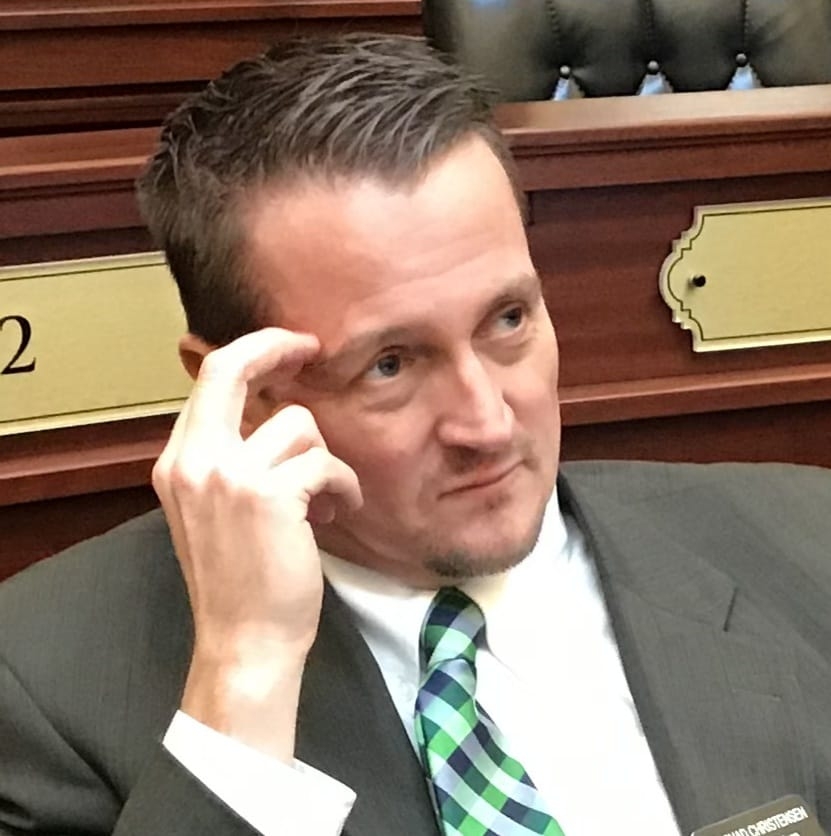 Contribute to My Campaign